Ministry of Education and Science

The Ministry of Education and Science of Bulgaria is the ministry charged with regulating and promoting the educational and scientific work in the country.

Institute of Mathematics and Informatics of the Bulgarian Academy of Sciences

The Institute of Mathematics and Informatics at the Bulgarian Academy of Sciences (IMI-BAS) is a leading national research center in the field of mathematical sciences, informatics and information technologies. Founded in 1947, IMI is integrated into the world scientific community and enjoys a deserved repute. IMI researchers publish about 400 scientific articles annually, out of which more than 200 in reputable journals and collections of papers from international conferences. Every year, the Institute hosts over 200 renowned foreign scientists, organizes over 15 scientific conferences, seminars and schools. 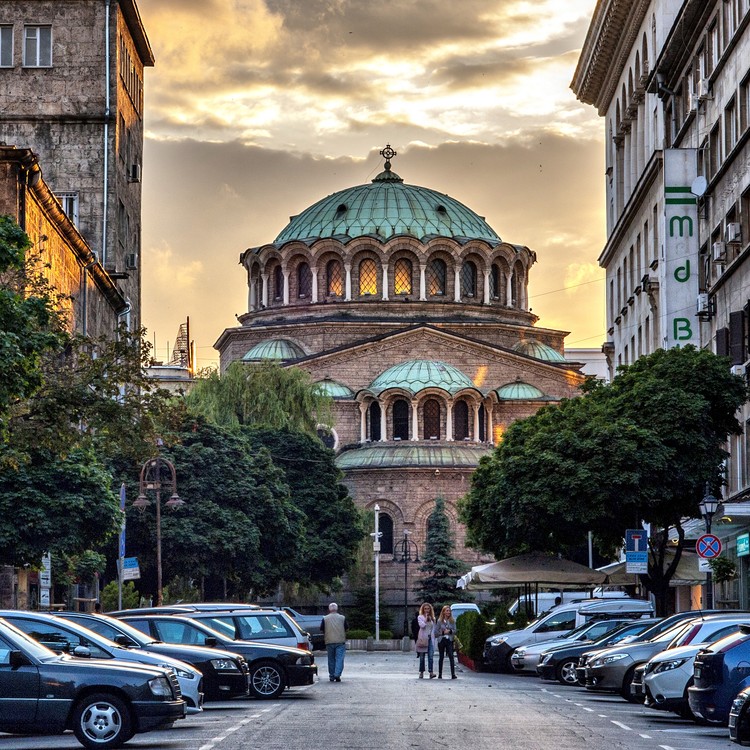 The capital city of the Republic of Bulgaria is a unique city that grows but does not get old and has more than 7000 years of history.

It was established round a hot mineral spring, at the crossroads of extremely important roads linking Western Europe with Asia Minor and the Middle East and the Baltic Sea with the Aegean Sea. In the New Stone Age (Neolith) – VI-V century BC, the closest among the numerous prehistoric settlements in Sofia Valley is today’s neighbourhood of Slatina. Remnants of the next copper-stone age (Chalcolith) – IV-III century BC, were discovered much closer to today’s metropolitan centre, at the now lowered terrace near “Knyaz Alexander Battenberg“ square, where the buildings of the National Art Gallery and the National Ethnographic Institute with museum are located.

The Thracian town, which grew out of the ancient Neolithic settlements that came into being around the preserved until today thermal springs, later was called Serdica by the Romans, i.e. town of the Serdi, named after the inhabiting it Thracian tribe. Though few, the finds from this epoch testify to the presence of a flourishing Thracian settlement in the area between the TZUM and the Sheraton Hotel. This epoch marks the beginning of the historical city centre of Sofia, which has not changed its location to this day.

Since 45 AD, the territory inhabited by the Serdi passed to the newly formed Roman province of Thrace. The provincial lands were administratively divided into strategies – areas called by the names of the tribes that inhabited them. The city thrived first as a centre of administrative district in the province of Thrace, and at the end of the III century it became the capital of the newly established province of Dacia Mediterranea.

Thanks to its location, the settlement rapidly developed economically, and as a result, after the year 106, under Emperor Marcus Ulpius Traianus (98-117), it received the rights of municipium – a settlement with autonomous management and urban organisation. In honour of the emperor, the town began to be called Ulpia Serdica and in official inscriptions it was called „the most glittering city of the Serdi“.

In the second half of II century, between 176-180, during the joint rule of Emperor Marcus Aurelius and his son Commodus, the city was fortified with a wall. Its route, imposed by the natural configuration of the terrain, determined forever the permanent fortified urban area and layout – the place of the four fortress gates and the two connecting streets, the correctly oriented street network, the city quarters (insulae), the place of the city square (forum) and around it – the most important public buildings – the seat of the Roman deputy (praetorium), the city council (the bouleuterion), the Council of Chiefs (the gerousia), etc. The traces of this layout can be made out in the present routs and areas of main streets, boulevards and squares in the centre of Sofia. During the same II century, the hot mineral spring was capped, around which the public baths (thermae) were built.

At the beginning of IV century, an eminent event, important for world history took place in Serdica. In April 311, Emperor Galerius, together with the emperors Licinius and Constantine, issued the Edict of Toleration, legalizing Christianity in the Roman Empire. Thus Serdica became the home of the Free Church and a kind of first Christian capital of the Roman Empire before Constantinople. Recently, this precedence of the Edict of Serdica has been increasingly highlighted in scientific and popular literature over the importance of the Edict of Milan which followed in 313, confirming the provisions of the Law issued in 311.

It is noteworthy that Serdica was not only the capital of the Emperors Galerius and Licinius, but also the favourite city of Emperor Constantine the Great (born in the nearby Nis). Constantine even intended to move his capital here, and ancient authors say that he often said, „Serdica is my Rome“. It is very likely that Constantine’s attachment to Serdica was due to a fact often highlighted by the writers, cartographers and poets of the early XIX century, namely that the Emperor’s mother, St. Elena, was born in Serdica. In 343, Serdica became the seat of the very important Council of Serdica, attended by delegates from all over the Empire, and for a long time it was designated as Ecumenical. 282 bishops signed under the important decisions of the Council of Serdica, which probably took place in the Imperial Complex, whose ruins remain to this day around the Church of St George Rotunda. The rotunda was consecrated for Christian church around 330 AD and to this day it is the oldest acting church in the city and among the oldest acting churches in the world.

The Bulgarian Khan Krum (803-814) appreciated the strategic location of the city, besieged it in the spring of 809 and conquered it, but it finally became part of the First Bulgarian Empire during the reign of Khan Omurtag (814-831). The ethnic composition of the urban population changed and became predominantly Bulgarian. The new name, Sredets, is associated with that period – a transformation of the former name of the city to reflect its geographic location – in the middle of the Balkan lands, at the juncture of many roads. For almost two centuries Sredets had developed as an important political, military, economic and cultural centre of the First Bulgarian Empire. After the Byzantine conquest in 972 of the north-eastern Bulgarian lands with the capital Preslav, Sredets became the temporary capital of the state and the Bulgarian Archbishopric, headed by Patriarch Damyan, moved here from the town of Drastar (present-day Silistra). During the period 1018-1194, when it was under Byzantine rule, the city did not lose its significance. It was the temporary seat of the Byzantine governor of the „themа (region) of Bulgaria“, called the „Duke of Sredets“.

During the Second Bulgarian Empire, there was a time of prolonged economic and cultural prosperity for Sredets (1194 – 1382). The city grew and finally took the look of a typical medieval city. The streets narrowed, appeared buildings with a characteristic brick – stone structure, new small churches were erected, and in the vicinity many monasteries appeared – mostly on the slopes of Vitosha and Stara Planina. In the last decades of the XIV century, the city began to be called with its present name – Sofia -by the name of the basilica, which rises nearby. The new name gradually replaced the older names – Serdica, Thriaditza, Sredets, and in the XV century it finally entered into common use. In 1382, after a three-month siege, Sofia was conquered by the Ottoman conquerors. Under the new organisation of the invaded Balkan territories, Sofia became the centre of the largest administrative unit – the Beylerbeylik of Rumelia (eyalet), headed by pasha.

A year after the Liberation of the city from the Ottoman rule, at the session of the Constituent Assembly in Tarnovo on March 22, (April 3, according to the new calendar) 1879, when Nayden Gerov expressed the thought that „it is necessary to determine the capital of the Principality“. No other proposal was made and Sofia was accepted unanimously and with enthusiasm.

In its centuries-long development, Sofia has always played an important role in the history of the Bulgarian lands as a centre, a natural intersection of the roads linking the East with the West, as well as the countries north of Bulgaria to that south of it. It is a unique city that is growing but it is not getting old and has more than 7 000 years of history.